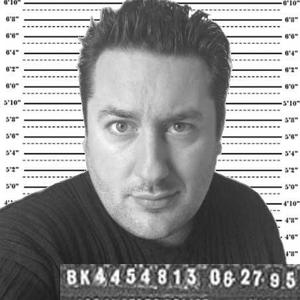 Description
Danny Kirsch is a successful songwriter/producer who has had hundreds of records released either as cd singles, on vinyl, on compilations or on albums and he has achieved chart success with many of his songs which include: Jurgen Vries ft Charlotte Church - 'The Opera Song (Brave New World)' - U.K. chart no. 3 Lange ft Skye - 'Drifting Away' - U.K. chart no 9 DT8 Project - 'The Sun Is Shining (Down On Me)' - U.K. chart no 17 Jurgen Vries ft Shena - 'Wilderness' - U.K. chart no 20 Nadia Almada - 'A Little Bit Of Action' - U.K. chart no. 27 Darren Tate vs Jono Grant - 'Let The Light Shine In (Shine)' - Spanish chart no. 6 .....and many more. Some of the artist albums Danny has had songs on include the Hi-Gate album - 'Split Personality' which features songs by Boy George, Judge Jules etc and the Smash!! - 'Freeway' album which sold 1.3 million albums in Russia alone! Danny's songs have been featured on hundreds of compilation albums worldwide and his songs can be heard on the radio all the time. Danny is one half of the band 'Sex Machine' and their debut single 'Friday Night' is currently being championed by Pete Tong on Radio 1 and is set to be released in the Summer. Danny has other singles also due to be released later this year so watch this space for more info! Danny is a classically trained musician who studied at the Royal Academy Of Music in London for 4 years where he left with an honours degree in music and teaching. He is also a session guitarist well known within the music industry. Danny has performed/been interviewed on numerous television programmes which include: BBC1's - 'Bob Says....Opportunity Knocks' (5 appeances playing the guitar where Danny was a finalist) ITV's - 'TV-AM' (where he was shown at aged 13 playing the guitar to the late Princess Diana and being presented with an award by her) ITV's - 'Arts Festival' (presented by Melvyn Bragg) Channel 4's - 'RI:SE' (where Danny was interviewed, took a 'live' phone in and participated throughout the whole show) Living TV's - 'Loose Lips' (where Danny was interviewed by Melinda Messenger) Danny has performed at huge venues such as the Royal Albert Hall and London Palladium and he has worked in his studio with several well know celebrities including Suzanne Shaw (Hearsay), Lisa Scott-Lee (Steps), Bez (Happy Mondays), Kenny Thomas, Erroll Reid (China Black), Rozalla, Angie Brown, Gareth Gates, Chico Slimani, Kemal Shahin, Kinga and Nadia Almada.
Like Edit