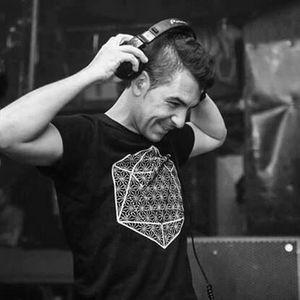 Description
Borja, better known by Dimension or since 2016 DIM3NSION, is currently one of the best and more prolific trance producers in Spain. He was born in 1988 in Vigo, a coastal city in the Northwest region of Galicia. From his ten, he attended piano classes as well as worked in melodic songs on his own.
However a few year later, he bumped into trance music style as his true vocation.

Starting to produce from scratch in 2000 as a hobby, in 2003 and 2005 recorded his first home-made albums, wich were given as a present to his friends. In 2009, was released his first single. The friendship with Fast Distance, allows him to publish his first remix under the label Vandit.
That was strongly supported by Paul Van Dyk, even including that work in the Annual Vonyc Sessions compilation.

Later on, a couple of new collaborations with FD were included in Roger Shah compilation Music for Balearic people 2. This achievements made that Dimension managed to consolidate a name in trance scene.
Straight afterwards he took another step forward in his solo career in 2010, through two new original themes included in Music for Balearic People 3. In 2010 definitively gets a status as an established producer. A new collaboration with fast Distance is signed for another well-known label, Black Hole recordings, besides some other works for important ones such as Infrasonic or Perceptive Recordings.

In a short spell, Dimension is getting support from the best DjÂ´s around the world. Armin Van Burren, Paul Van Dyk, TiÃ«sto, Ferry Corsten and many others are playing his productions in radioshows and gigs, something really rewarding to keep him pushing at work.
The first occasion played in ASOT was a dream came true, and reaching the Future Favorite three times on a year so far being the first year that his works are published, has converted this fact into a widely achieved goal. All that said leads to the fact that Dimension has become a producer of wide renown within trance circles in Europe.

No doubt, last two years have been really intense for this multifaceted artist. Keen on making inroads into every trance substyle, from melodic uplifting to techno, progressive and others, this all together places Dimension as a producer to take into account in the near future.
Releases
Like
Members who like this Alias
Edit