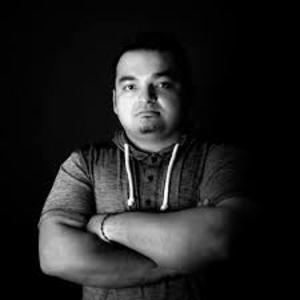 Having started his DJ career in 1998 with residencies in Denver, Colorado, United States of America, he quickly rose the ranks of the local DJ scene. Fast forward to 2013, his music productions start getting the attention of labels, remixers, and collaborators.

His first real break into the international Trance scene was with "First To Go", which was remixed by Soniq State and featuring the talents of vocalist Tim Hilberts. This track was released by Black Hole Recordings on the "F15fteen Years of GoodGreef, The Anthems Collected" Disc 1, which was selected and mixed by trance-legend Giuseppe Ottaviani. As part of the promotional campaign, Giuseppe played that and other tracks from the CD on A State of Trance 729. It won the coveted prize of "Future Favorite" and was featured again on ASOT 730. It was also featured on the "A State of Trance Future Favorite Best of 2015" compilation and on "Press Play Vol 3" by Susana and released on Amsterdam Trance Records. It was the only track from the collection to chart in the Beatport Trance Top 100, having peaked at #19. When asked which tracks represented best what he was trying to communicate in his mix, Giuseppe Ottaviani named First To Go and added "amazing new talent."

Thanks to the success of First To Go, DJ Xquizit was able to team up with several labels and collaborators. The next release was "Endless Journey", a hard trance-inspired theme that recruited the talents of RaySim and Ice & Breeze and was released on D.Max Recordings. This track was featured on TrackItDown.com's Featured Trance and peaked at #36 on the Beatport Trance Top 100.

Just 3 weeks after the release of Endless Journey, "Arely" was released on Freegrant Music. This track was a collaboration between established trance star Mino Safy and DJ Xquizit. The title "Arely" was as a dedication to Xquizit's wife, Arely Gutierrez. This track caught Freegrant Music's owner, Max Freegrant, so much that he volunteered his remix services. Max Freegrant was named one of the producers to shine in 2015 by Above & Beyond. All together, Arely garnered support from Armin Van Buuren (second track on ASOT), Above & Beyond (double play), second track to be featured by Giuseppe Ottaviani on GO On Air, along with support from Cosmic Gate, Ben Gold, and many others. The track peaked at #8 on the Beatport Trance Top 100 and was again featured on the TrackItDown.com. "Arely" was also selected for the Armada sublabel ARVA's compilation "Trance Hits Top 20 - 2016-02" and FGComps' "FG Top 10 - Feb 2016".


More recently, DJ Xquizit has had a slew of releases make some waves. First up was "Demonstration", a collaboration between himself and Curtis Young and released on Young's label, Mixed Up Recordings, which is a sublabel of D.Max. It managed to get into the Beatport Trance Top 100 at #92 and it peaked on the TrackItDown's Trance Top 10. Following that he released a track on White Soho, a sublabel of the prestigious Blue Soho Recordings. Following that he released "Life Goes On", a track where he recruited the talents of Enfortro (of Soniq State) and Carlos Martz, That track was featured on Sean Tyas' show, Degenerate Radio 068, along with making it into the Beatport Trance Top 100 at #87. These three tracks were released within 2 weeks of each other.

All of these releases were just a warm up for "You Say Forever", his return to ASOT. Featuring the remix talents of the trance-legend, ReOrder, it managed to be featured on ASOT once again with the promise of a Future Favorite title once again.
Releases
Like Edit