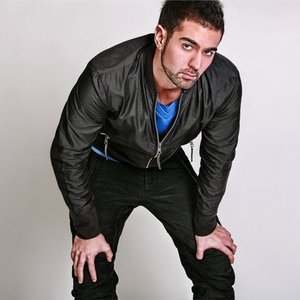 Description
In a scene where many sounds have come and gone, Eddie Bitar has pushed through his sound of cutting edge music which has become recognisable in its own right throughout the world. With stunning releases on Paul Van DykÃs VANDIT arm of powerhouse Armada Music and Indecent NoiseÃs in-form Mental Asylum Records, EddieÃs catalogue of tracks have found their way into speakers in each boarder of the globe. Voted number 108 in 2012Ãs Trance Addict poll and number 84 in 2013's Trance Podium poll, success has continued to snowball for this Canadian-Lebanese producer and DJ. Controlling crowds for huge brands such as ÃThe GalleryÃ at the world famous Ministry of Sound in London, ÃTranceportÃ tours in Argentina,ÃThe Energy BoxÃ in London, American breakthrough at ÃL.M.DÃ in LA U.S.A and shows across Australia, Eddie has been ticking continent after continent off the world map at the highest stage . Known for hard hitting, dance floor driven music played well into the depths of the early hours, his explosive sounds are continuing to cause palpitations all the way through the scene.

With a portfolio of productions bursting at the brim, support from the most established artists has continued to quickly follow. Tracks such as 'Beruit' found itself hand-picked as the 'Best of 2011' on Vandit's yearly compilation album, 'Drift' being featured on Armada's 'Exclusive Tracks and Remixes Volume 2' album and 'Rollercoaster' (Mental Asylum Records) chosen by BBC Radio 's Jordan Suckley's for his 'The Weekend Has Landed' C.D. Not only that, but Rollercoaster was dropped in front of 10,000 clubbers by Aly & Fila at 'A State Of Trance' Kuala Lumpur, Juggernaut (Mental Asylum Records) played by Armin van Buuren on the most listened to Trance show 'A State Of Trance' radio and his remix of Paul Van Dyk's The Ocean (Vandit) played out at sold out shows in his gig calendar during 2012 and 2013.

Not content on working alone, Eddie's has found himself in the studio writing tracks with the likes of Bryan Kearney, Paul Webster, Indecent Noise, Jordan Suckley & many more!!

Expect to hear dark and twisted sounds, ranging from big uplifting Trance melodies, thunderous tech drops and glitch infused Psy, blending a mixture of his own productions and other underground tracks, all pounding from wall-to-wall in to the early clubbing hours.

Want to hear more of Eddie Bitar? Check out his show "The Verdict" exclusively on AH.FM every second Tuesday 23:00-01:00 GMT, his website at www.eddiebitar.com, Facebook at www.Facebook.com/eddiebitar!
Releases
Like
Members who like this Alias
Edit