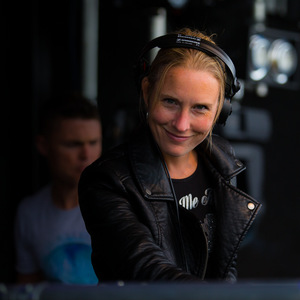 Description
Faith Mark started DJâing in 2009.
In 5 years she played almost 200 performances with several residencies for different organisations (Fusion of Dance, Hypnotize and Touch at the Sea).

Faith Mark renamed after her new born daughter and ready for another target audience that embraces trance music.

Trance music is her passion and a way to let hear heart speak.
"While listening and sharing trance music people are united with love because its a universal language where you don't have to use words just let your heart speak like hers"

With her euphoric and mesmerizing uplifting trance sound in combination with her temperamentfull and energetic performance, Faith Mark will surely touch the audience in their soul and let them dance.

In 2015 she started a new concept with her partner in crime âHave Faith in Tranceâ.
â
This is were they stand for: music it can touch your soul, move your spirit, takes you up puts you down and fill your heart. Trance music has always been our passion, then and now, unconditionally. This is why we bring you âHave Faith In Tranceâ. A small-scaled intimate Trance Gathering for music-lovers that have still faith in Trance.

She is moving forward and with the name Queen of Trance 2016 is looking good! This year she made her debut at Grotesque and Full Moon. More bigger organizations coming up for next year.

She already released three tracks on two different labels.
"My Passion'' and "Let Your Heart Speak" on Above All Records and "Upcoming Storm" witch is also remixed by Scenica on Graygoo Purple. Her fourth track âPurelyâ is signed by Blue Soho Recordings and is coming out on the 4th of November.
Releases
Like Edit