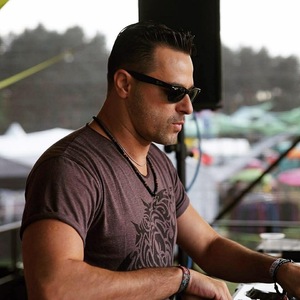 Description
Listening to a set of Ghost Rider feels like being sucked into a huge particle accelerator where elements from the worlds of Progressive Trance and Psytrance collide.

Emitting high amounts of energy, they merge into something new, an enigmatic reaction that opens wormholes all over the dancefloor.
It's this innovative fusion of deeply hypnotic atmospheres and light, uplifting grooves that make Ghost Rider an instant success when his first EP is released in the end of 2012.

Only one year later the Israel-based Russian is invited to perform his highly demanded debut album 'Complextro' live at major festivals all around the world.

Ever since he hasn't stopped touring.

Vlad Krivoshein started producing music at the young age of 14, a factor that explains his outstanding technical precision.

Whereas his up-tempo Psytrance project Magneto explains his great knowledge of the mechanics of mind-alerting dance music.

Seen in front of this background, it's actually not a big surprise that Ghost Rider is also one half of Class A, yet another highly successful Progressive Trance project he makes in collaboration with Ranji.

In 2016 Ghost Rider joined 432 Records, however he is still releasing tracks on labels like Blue Tunes, Iboga and Spin Twist.
Releases
Like Edit