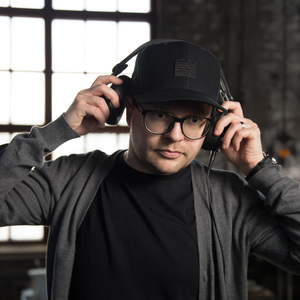 Description
h.x.e. (Heikki Eerola) is a trance producer from Oulu, Finland. His tracks have been supported by Ãrjan Nilsen, Daniel Wanrooy, Andrea Mazza and many more DJ's around the world. He has signed to Essentializm / Raz Nitzan Music, Grotesque Music, Elpida Music / Black Hole Recordings and Beyond The Stars Recordings.

Music has been always part of his life as he started playing violin at the age of six. Years later he switched to making music with the computer, but had to abandon his hobby because of daily work.

After fifteen years later in April 2020, he decided to get some studio gear and try composing again. For his surprise the track was sounding good and was ready to send to record labels. It was a success and his first single Transcend Dimensions was released in September 2020.

"h.x.e is one of the most promising and talented producers, which we are always very happy to support. As all that this artist makes, is a very quality work with awesome strength." - Beyond The Stars Recordings

h.x.e. remix of By Xavier - Elysium won the Elpida Remix Contest which was held in collaboration with TrancePodium. His remix was picked out of all submissions by all four expert jury members. Winning track was released 29th of January 2021.
Releases
Like Edit