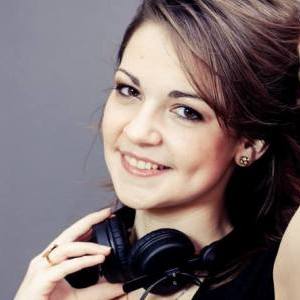 Description
Born in the world of carnivals, rocked to the sounds of the rides since her childhood, very early that MegÃ¤n Fair begins to show her taste for music, beginning to hum before you even know about.
At the age of 3 years, MÃ©gan already attracts spectators who stop by the ride of her parents to hear back at the microphone such classics as "Girls Want To Have Fun" by Cyndi Lauper, all gawking its benefits her young age. She won her first radio hook at the age of 9 years, incorporates several choirs in parallel and gives performances in meetings or public events whenever she gets the chance.

It was during this same period that MÃ©gan begins to develop her passion for electronic music and especially Trance. Indeed, her father, enthusiast himself, introduced her to it by introducing them to the great references.

The years pass but the love of music and singing of MÃ©gan remain intact. After collaborations as an author and performer of electronic music, it was in 2008 that MÃ©gan begins to learn by herself deejaying.
In 2012 she obtained a residence Kocoon Bar Concept, key location for the night in Amiens (France) under the name DJ Megan. She also plays a guest in other places, especially in Escobar, trendy place in Belgium where she becomes resident in 2013.
She also won in the same year the second edition of The Night Of The DJs, a DJ competition organized by Radio Contact. Following this contest, it is selected by a jury for the quality and originality of the mix and made a provision on My eDeejay, production service and distribution of professional DJs in live streaming for individuals and professionals.

In 2014, MÃ©gan works in partnership with Radio Contact and participates particularly Dancetination festival as a DJ alongside Kavinsky, Joachim Garraud, Klingande, Muttonheads, Ahzee and other sizes of electronic music. She is also invited to mix several times as a guest on the show UP / MIX Radio Contact, and for many events.
She decides to choose a name that corresponds to it and becomes more MegÃ¤n Fair.

The melody is the common thread of each set of MegÃ¤n Fair, it will take you to the sound of Deep House, Happy House, Tech House, Progressive and Trance.
Releases
Like
Members who like this Alias
Edit