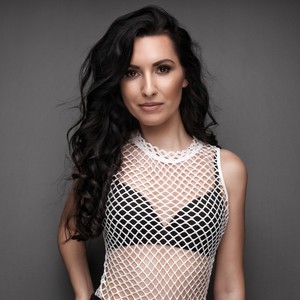 Description
The profession of a DJ is a privileged one, with the endearing reward of connecting with others on a worldwide scale through the love of music. This feeling is shared by many on the circuit, but very few can also proudly be responsible towards the conversation that attitudes towards females in the industry are changing, and for the better.

A role embraced to the fullest through a decade long journey for Nifra.

Today, she finds herself at the forefront of international star Markus Schulzâs management and booking agency Schulz Music Group, as well as a key player in IDMA nominated Coldharbour Recordings. Thanks to her particular flavor of power-driven melodic trance, as well as her warm and blissful personality, it has captivated her to a legion of followers, with many tipping her to be a key player for the current and future generations.

Born in Slovakia, Nikoleta Frajkorovaâs love for music blossomed at an early age, and by her mid-teens, the appetite for the electronic genre was prioritised above everything else. A keen student of the scene, her DJ skills were rewarded and showcased to mass audiences as she became the person of choice to play alongside the worldâs top tiered international spinnerspassing through the country; such as TiÃ«sto, Paul van Dyk and Armin van Buuren.

Her success in Slovakia garnered attention from Miami native Markus Schulz;where her freshman production release âReadyâ on Coldharbour Recordings in 2008 became not only a firm fan favorite, but a significant breakthrough.

Nifraâs education continued in the proceeding years; increasingly performing outside of her home country, and at marquee events such as A State of Trance in the Netherlands. Her affection for the countryeventually prompted her to call Amsterdam her permanent home.

As well as continuing on the production front and touring, she also entered the world of radio;initially with Be Progressed, and now monthly with the established Rebel Radio on Digitally Importedâs trance channel.

Further success on Coldharbour was achieved through anthemic numbers such as âDark Harbourâ and âAthenaâ, and in 2014 Nifra joined the ranks of Schulz Music Group -opening doors for her to connect and entertain audiences in North America for the first time -including the famous Ultra Music Festival in Miami, as well as the heralded Transmission in Bratislava. Her bond with ever increasing audiences was apparent, and in doing so, projected her as one of the leading female figures representing the dance music scene.

2015 was a monumental change for the Slovakian, thanks to arguably her biggest success to date with her first foray into a vocal-led composition, alongside New York native Seri for âArmy of Lightsâ. As the heralded Coldharbour Nights increased in volume and spanned a greater distance, she played a significant role in the growth; headlining nights in respected venues such as Avalon in Los Angeles and Ministry of Sound in London. Her year concluded working alongside mentor Markus Schulz as part of his City Series Collection project, where they combined for âThe Creationâ; an anthem fitting for Transmissionâs annual home event in Prague, and continuing to receive support from important players such as Ferry Corsten, Paul Oakenfold and Gareth Emery.

And 2016 has seen her star shine further, playing an integral role in Schulzâs Watch the World album tour, demonstrating her versatility as a DJ in both warmup and headlining modes. Along with original production âRebelâ, her remixes for âLove Me Like You Never Didâ from Watch the World, as well as Dimensionâs âMangataâ have received rich acclaim, contributing to her appearances at the first New York edition of Dreamstate, and the Netherlandsâ hosted Coldharbour Beach Festival.

Connecting the world with a talent as infectious as her smile; and inspiring females to follow in her footsteps into the DJ world, Nifra takes it all in her stride.
Releases
Like
Members who like this Alias
Edit