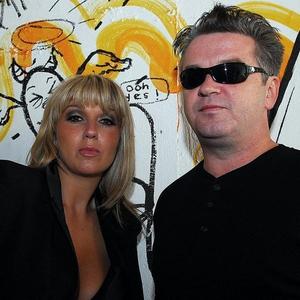 Description
Ridgewalkers are a two-piece band from Dublin, Ireland, with influences from New York style Punk to Electro Trance. DJ Ive and EL have been making music together since 2003, although both have been involved in many projects before this. Coming from a song-writing background and instrument-based arrangements their productions have a rare quality and span many genres.

Early attention for the duo came from a production called âFindâ. This track was signed to UK label, Baroque Records, in 2004. Their first release came with an Andy Moor remix which instantly picked up rave reviews and over the coming months the track was hammered by the world's top Dj's across the globe including Tiesto Armin van Buuren, Matt Darey, and Judge Jules. The list is endless! The track received a solid three-month stint on Jules's BBC Radio 1 show over that summer and turned up on Armin van Buuren's "Universal Religion live '04" CD and Tiesto's "In Concert" DVD.

In early 2005, "Find" was re-released on Armin van Buuren's own label, Armada Records with a tougher RMX from German duo Kyau vs. Albert on the B-side and Andy Moor's RMX taking the A-side. This re-release again caused a storm and picked up full backing from Mix Mag with a no.1 in their trance chart for February 2005. "Find" also reached no.1 on the Technics Dutch dance charts that same month and charts across Europe placed "Find" high on their lists.

Ridgewalkers - Find has received five more RMX's, two were in 2005 with the legendary Perry O'Neil and Markus Schulz doing the honours and were released on Electronic Elements and three were in 2009 with Russell G, Indecent Noise and Logic Stories supplying some long awaited updates to this classic tune.

After a break, and the birth of EL's first child, Lennon, Ridgewalkers returned to the studio and have come back with some high-profile collaborations and some great new tunes.

The first of these new releases sees Ridgewalkers team up with Matt Darey & Aeron Aether for a track called "Chasing the Sun" getting its first release as part of Matt's Nocturnal 2010 CD, released on Black Hole Recordings in April 2010. Danish producer Schodt has supplied the first remix of this track which will be released this summer with more remixes to be announced.

Ridgewalkers have also teamed up with Headstrong for two new tracks for his new album "Timeless" released on Sola Records in June 2010, these tracks are called Resurrection and Rainbows, which take El's vocals back into high energy club tunes.

Also featuring a new vocal written by Ive and El, Summer 2010 will see the release of Pedro Del Mar ft. Ridgewalkers - Tears of the Dragon, which has been signed to Magic Island / Armada Music and sees its first release as part of Roger Shah's Magic Island Vol. 3 out in June 2010. Remixes and a full release to follow.

Ridgewalkers have also been working on some new tracks of their own and will be revealing some new sounds soon. Watch out for updates on our forthcoming live performances.