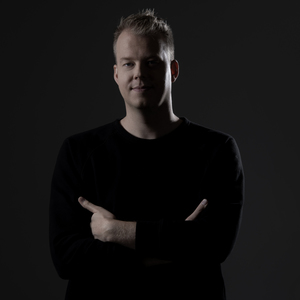 Description
âStyles and boundaries can be broken as long as the feeling is still right.â

Those fourteen words of pure honesty well and truly reflect the vision of DJ, producer and label boss Ruben de Ronde. Perpetually breaking the mold with his own brand of melodically inspired Trance & Progressive, the Statement! Recordings founder continues to build out his major presence in the dance music landscape as he pushes toward the release of his upcoming album, âFootprintsâ.

Born and raised in Gouda, the Netherlands, Ruben de Ronde took his first step into the world of dance music at the age of 16. He secured his first residency two years later, taught himself how to evoke magic in the studio soon thereafter and founded his Statement! Recordings label in 2006, which has seen almost 400 releases since. In the summer of 2007, Ruben de Ronde scored his first breakthrough with a remix of Marcus SchÃ¶ssowâs âMr. Whiteâ, which opened the doors for him on a musical level and gave him the opportunity to join the team of Armin van Buurenâs A State Of Trance radio show.

Since then, Ruben de Ronde has been injecting his unique production capabilities into the farthest reaches of the scene. Whilst broadening his own horizon with soundscapes and downtempo projects for Hardwell, Donât Let Daddy Know and A State Of Trance, the Dutchman set dance floors ablaze with club-driven tracks such as âThe Hardest Partâ (with HALIENE), âLucky Pennyâ (with Elevven) and ASOT Tune Of The Year 2018 Top 10-charting track âRainbowâ (with Estiva), remixes for figureheads such as Cosmic Gate, Gareth Emery & HALIENE, Morgan Page and Armin van Buuren, three solo albums (âFrom Sao Paulo to Sofiaâ, âDifferentâ and âMy Storyâ) and a collaborative album with Progressive mainstay Rodg called âTogetheRRâ. And with every piece of his impressive output â from (co-)hosting the A State Of Trance radio show to hosting Statement! label nights across the world to cultivating a massive fanbase on Twitch and Discord â Ruben de Ronde underlines his musical vision.

âThe most important thing I can give to my listeners is emotion. I want my music to evoke smiles on the dance floor. Some of my tracks may be deeper, while others are more clubby or euphoric. But as long as it touches listeners in the right way, it doesnât matter if it fits a certain mold or not. Iâm just enjoying the modern ways of music-making, and Iâm hoping that everyone who genuinely enjoys my music will ride the wave with me.â
Releases
Like
Members who like this Alias
Edit