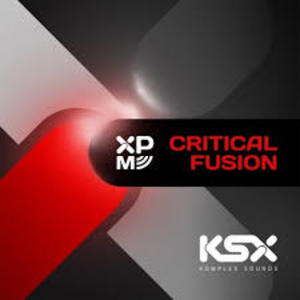 Description
Launched in February 2012, XPM Recordings is owned by Ozan Yelkalan, better known as OzzyXPM, who is also one of the owners of Blue Soho Recordings, approached director Pablo Anon at Komplex Sounds with the initially to sell the remaining XPM catalogue to KSX sub-label 'Critical State'. However given the quality of the back catalogue and the reputation OzzyXPM within the Trance EDM digital market, KSX sort the opportunity to move with the existing XPM Recordings catalogue into the EDM label group and work with OzzyXPM to form a totally new label.

The new label moving forward will be Critical Fusion (XPM) headed by Ozan as A&R Manager and assisted by the Critical State team in administration, logistics.

'This Venture is essential in expanding the reach of Komplex Sounds as a serious player in the Trance EDM market. With the experience and reputation that Ozzy brings to the team it will only strengthen our market share. Furthermore it will undoubtably give both Ozzy and KSX a bigger fan base.'

KSX Management have also indicated that this new label addition will launch in December 2012 with the first of its releases guaranteed to keep Uplifting Trance fans satisfied, whilst moving all Tech and 140 BPM trance exclusively to Critical State. The style of music Critical Fusion (XPM) will release will be Progressive/Tech/Uplifting Trance, traditionally the slower BPM compared to Critical State.

The branding and look of Critical Fusion (XPM) will follow KSX branding but will also incorporate the feel of XPM recordings.