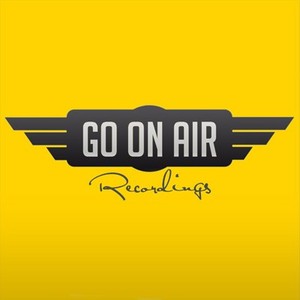 Description
Since it launched, initially as his radio show platform in 2009, GO On Air has further spawned club nights, mix-compilations, podcasts and whole lotta love from the global Trance Family! Fresh off the success of 'Magenta', last year's debut solo long-player, Feb 2014 will see Italian audio-impresario Giuseppe Ottaviani add another line to its marque. With the objective of capturing GOA's sonic essence in label form, GO On Air Recordings will be licensing and releasing tracks fresh from the desks of the world hottest, newest and most gifted trance merchants.

"GO On Air Recordings has been in my mind for such a long time now", said Ottaviani, on the launch of the label. "It just required the right set of circumstances and the right point in my career to push ahead with it. That time is now. With Black Hole as partners I have the highest hopes for the label. See you in 50 releases time!"

On the launch of the new label endeavour, Arny Bink, MD of Black Hole Recordings said: "Giuseppe is one of the most capable, energetic and tuned-in producer/DJs out there. Bringing those talents to the realm of A&R is a very natural next step for him. We are tremendously excited by the first releases he has signed â we see the very brightest of futures ahead for GO On Air Recordings."

The first release comes from the seasoned production hand of Sied van Riel. With numerous club smashes under his belt, '8 Decades' â a deeply personal track for the Dutchman â sees him return to his production sound and roots.

In a recent interview Van Riel expanded on the signing the track to GO On Air Recordings. "I played Giuseppe the instrumental of '8 Decades' with a view to it being used on (his and Solarstone's) 'Pure Trance 2' compilation and he loved it. Shortly after that he told me about his plans to start Go On Air Recordings and asked me if the track could be the first release on his label. Obviously I said 'yes' - its a big honour for me!"

From its original instrumental base track, Sied worked with rising Romanian singing star Adina Butar, who's delivered an astonishing, ethereal vocal atmosphere to '8 Decades'. With immediate DJ support from Armin van Buuren and electronic music bible MIXMAG scoring the track a whopping 9/10 in their Feb issue (saying it "equalizes melody with uplift, without ever losing its cool"), GO On Air Recordings has come off the blocks fast.
Releases
Like
Members who like this Label
Edit