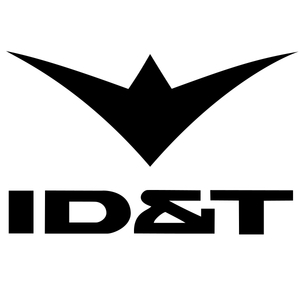 Parent: Be Yourself Music

It all started out as these three guys organizing a post-Graduation party âThe Final Examâ in 1992 in Utrecht. After this first big success, they organised a lot more party events such as Thunderdome, Mysteryland and Global Hardcore Nation. At the end of the ninetees however, Hardcore and Gabber music became less popular and ID&T (who employed over 50 people at that time) decided to abbandon their traditional musicstyle. In 1999 they organised Innercity in Amsterdam, an indoor event without hardcore music.

The company went through some changes the last couple of years. The label ID&T is now owned by Be Yourself Music, and they sold their publishing company too. In order to stay in the music business they started Dance-Tunes.com, one of the largest legal download portal in The Netherlands nowadays. In January 2005, radio station ID&T Radio was renamed to SLAM!FM, with more commercially focused music. A few months later it was sold to 2HMedia.