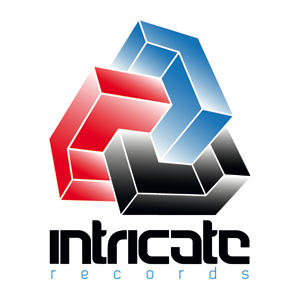 Intricate Records is something tangible and emerging from our long-term friendship and creative relations, â Sergey Tkachev explains. â It is hard to imagine that someone will make an objection regarding many associable details and ideas of our creative work. The most significant part is that our preferences and tastes intricately but harmoniously amplify each other in most cases. All of us feel it. That is why the creation of a record label is a logical step for our careerÂ».

During the long-term connection years between the fellow producers, strong relations of friendship and professional collaboration have emerged, that is why such development direction is quite obvious. All four have been in the artist roster of Digital Emotions label, and the creation of Intricate Records is some kind of additional charging to Vladimir Fonarevâs label by the producers of younger generation, striving to fill up the vacant niche of dynamic and melodic progressive sound on the Russian electronic music scene.

A friendship is one thing, but continuous development is vitally important. This is why the fellows decided not to take a break at the level of current achievements and grounded their own record label. Â«By the times someone discovers the points of coincidence with the colleagues not only in terms of business, but also creative sphere â that is always a positive experience! â Alexey Sonar says. â Unification of musical efforts in frames of one label is our next and by no means unimportant step in creative self-fulfillmentÂ».

It is important to mention that the quad is not going to limit the newborn imprintâs catalog only with own productions. Intricate Records is also a promising platform for implementation of creative aspiration of other talented producers who feel themselves on the same wave quite often.

Right at the moment there is no single record label which coincides with my musical taste and general conception, which I would like to see being embodied. Starting a new imprint with the fellow guys, Iâm looking forward to the having the possibility of fulfilling myself as an A&R-manager and making the current musical world at least a little bit better. We are going to collaborate with our friends and associates from around the world. I certainly believe, if such projects are held with well-intentioned mood and built on relations of friendship, there are certain chances to make something special and terminativeÂ», â PROFF highlights.

A&R management duties at Intricate Records will be held by all four founders of the project. Alexey Sonar will also discharge functions of the labelâs Managing Director. Sergey Tkachev is the Chief of all media content, while Vadim Soloviev performs additional duties regarding licensing.

The official start of the label is scheduled on January, 30. This is the exact release date of the first single entitled Â«Flying SpiralsÂ», which includes the original version of a track collectively written by Alexey Sonar and Sergey Tkachev and a remix made by Matao, a promising up-and-coming producer.
Releases
Like
Members who like this Label
Edit