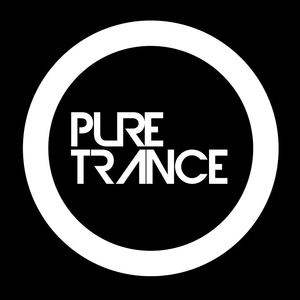 Description
Having championed the true sound and nature of trance music from his very first release, the last 24 months have seen Solarstone drive those ethics back to the top of the genreâs agenda. Through his music, mix-comps, radio show and breath-stealing DJ performances, he has preached the Pure gospel and modernized its origin sound. Now he is now thrilled to begin 2014 by announcing the launch, in partnership with esteemed Dutch music house Black Hole, of Pure Trance Recordings.

The next natural progression in the movement, Pure Trance Recordingsâ manifesto couldnât be more definitive. The label will bring to club floors and festival speakers the very finest, highest quality, purely refined, intoxicating, hypnotizing trance from the sceneâs most gifted music makers.

On announcing the birth of Pure Trance Recordings, Solarstone said: âThe label is a natural next step in giving this music a visible platformâ.

The last few months have been exceptional ones in the career of DJ, producer, composer and vocalist Solarstone. Fresh from rocking a sold out Pure Trance showcase at ADE 2013, he re-entered DJ Mag Top 100 DJs chart, and even more recently came #2 (behind Armin van Buuren) in the annual TrancePodium awardsâ, Producer of the Year cat.

Now, building on that success, January 20th sees the christening of the Pure Trance Recordings label. The imprintâs debut comes from the studio of hotly tipped production duo Miikka Leinonen and Juraj KliÄka, better know these days as Driftmoon. Having drawn hard props from some of the best-known DJs in trance for their releases on Enhanced Recordings, Armada Music and others, they mark PT001 with the enthralling trance immersion of âHowl At The Moonâ. The release is completed by Solarstoneâs Retouch remix, which (per DJ Mag) âadds his running/pummelling b-line hallmark and further beefs up the payoffâ. The magazine goes on to call it âan impressive openerâ for the label. Hot on Driftmoonâs heels will come new music from other longstanding Soalrstone/Pure Trance centurions, including Finlandâs Winkee and Hungaryâs Elfsong.
Releases
Like
Members who like this Label
Edit