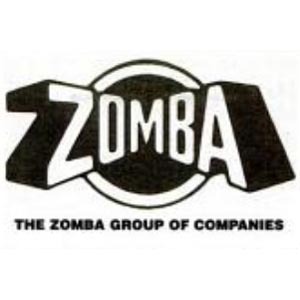 Description
The Zomba Group of Companies (sometimes referred to as Zomba Music Group or just Zomba Group) is a music group and division currently owned and operated under Sony Music Entertainment. The division was renamed to Jive Label Group in 2009 and was placed under the RCA/Jive Label Group umbrella.
Founded independently in the mid-seventies by Clive Calder and Ralph Simon, the group has had interests in music release, distribution, production, publishing, equipment rental, recording studios, and artist management. Though the financial structure and annual revenue of Zomba during the company's independent period was probably only known to CEO Clive Calder (the company was registered privately offshore in the Dutch Antilles, Zomba was widely regarded as the most successful of the independent music companies.
The group is probably best known for its role in developing some of the most popular forms of music, such as and hip-hop in the 1980s, and the teen pop/boy band phenomenon in the late 1990s through their first record label Jive, though they have also had substantial activities in both the Christian and gospel music field. Calder and Simon both served as CEO's until 1990 when Calder bought out Simon's share and ran the company himself until 2002. In 2002, BMG purchased the company and subsequently restructured the labels under the umbrella company Zomba Label Group, which is currently the most public face of the company. The label group serves as a parent for many different labels including Jive, Silvertone, Volcano and LaFace.
Like Edit