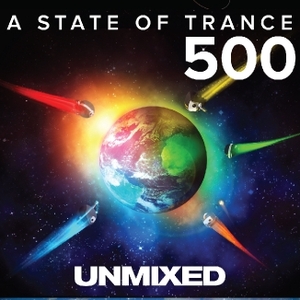 A State Of Trance 500 Unmixed

Description
In April 2011, Armin van Buuren celebrated the 500th episode of his beloved A State of Trance radio show. And he celebrated it big time! With 5 events on 5 different continents and some of the worldâs biggest trance DJâs and talents on the line-up, the entire globe was trembling to the beat of ASOT!

Shortly after the final event, Armin released the official A State of Trance 500 album, with 5 CDâs mixed by 5 of the worldâs biggest DJâs. Armin van Buuren, Paul Oakenfold, Markus Schulz, Cosmic Gate and Andy Moor. It made 10 years, 15 million listeners and 500 episodes, come together on one album. Symbolizing 10 years of great music, saw these 5 masterminds make a strong selection of classics.

Youâll find 53 of these highlights gathered in the Unmixed pack of A State of Trance 500. Classics by Enmass, Gaia, L.S.G., Dash Berlin, Grace, Chakra, Paul Oakenfold, Interstate, Mark Otten and many, many more!
Buy Like Edit