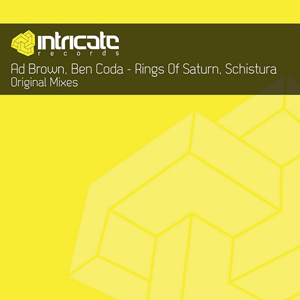 Description
Progressive scene of the United Kingdom has always been an example to follow. London-based Ad Brown and Ben Coda are one of the most remarkable modern British progressive producers â in February 2013 their brand new collaboration EP will be released on the Russian label Intricate Records, the EP will feature two originals, Â«Rings Of SaturnÂ» and Â«SchisturaÂ».

The most attentive followers of the Russian label already know Â«Rings Of SaturnÂ» quite well: in August 2012 it was featured on Intricate Records Summer Sampler and was well received not only by the majority of the listeners but also by the industry professionals. Being inspired by this success, the British fellows took a break and decided to return to the catalog of Intricate with an EP, filling it up with a fresh original production entitled Â«SchisturaÂ».

Both tracks are lightweight, melodic and âinterplanetaryâ-sounding â these ones will gladly accompany you during a morning run in the open air or on the way to the place to spend your long-awaited holidays.
Like Edit