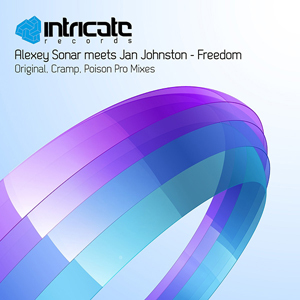 Description
Intricate Records catalogue is about to be supplemented with a brand new strong release which has been in the wish list of many fans of progressive sound for a very long time. Alexey Sonar presents a single entitled "Freedom" recorded in collaboration with the prominent British singer Jan Johnston and with the Russian producers Cramp and Poison Pro on the remix duties. "Freedom" turned to be a pure experiment to all intents and purposes. For the moment, this is the only track by Alexey that features vocals, and not just some random ones - but by Jan Johnston herself, who has previously worked with such superstars like Paul Oakenfold, BT, Cosmic Gate and Roger Shah. Alexey decided to stay true to canonical progressive and not change his path to superfused overflowing melodies or big room sound. Jan's priceless experience and her status of one of the scene's most well-known trance divas helped to choose and approve the first remixer - Cramp, a talented producer from the city of Kazan. He once again highlighted Johnston's wide range voice and used a different tempo and atmosphere to shape the remix in a modern mainstream style. The version made by Poison Pro is totally different if compared to the original mix: Andrey hid all the beauty of Jan's voice and made it "robotized" style while moving the track to the plane of techno rhythms and modifying it almost until the full irrecognizability. The third single of Intricate Records catalogue, "Freedom" by Alexey Sonar, will be released on April 16, 2012. It will be available for public on Beatport.
Like Edit