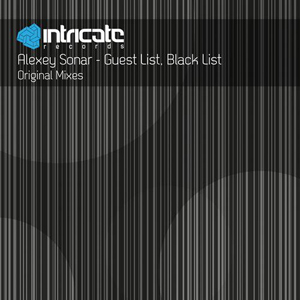 Description
September always signalizes about the beginning of a new club season and naturally following growth of clubbers activities across all events and directions. Alexey Sonar, one of Russiaâs night life key flagships, could not stay aside and produced two brand new original works which are already scheduled for a release and are dedicated to the hard daily routine of those fellows involved into entertainment industry. Â«Guest ListÂ» and Â«Black ListÂ» are actually two sides of the same coin, two inseparable attributes of metropolitan city night life, Yin and Yang of every promoter which are so different in their mood but, at the same time, seamlessly and smoothly complementing each other.

Â«For my next productions, I already had this idea to do something related directly to clubbing theme, to the real deal experience Iâm facing in practice on a regular basis, â Alexey Sonar explains. â Â«Guest ListÂ» is a headache for the majority of promoters before the event, because a good party attracts all your friends whoâd like to attend it. The disposition of this track is quite clear: summerish, lightweight and engaging. Â«Guest ListÂ» already passed some harsh dancefloor tests on Kazantip this year. Â«Black ListÂ» was born as an antipode. This is a peak time track which I play in the very top moment of my DJ setÂ».

Both Â«GuestlistÂ» and Â«BlacklistÂ» by Alexey Sonar are scheduled for a release on Intricate Records in October 2012 and will be available for public on Beatport.

Russiaâs Intricate Records may be a relatively new kid on the block when it comes to progressive house labels, but in just 10 releases the stellar supersonic team of Alexey Sonar, PROFF, Sergey Tkachev and Vadim Soloviev have carefully crafted their own new niche for Intricate and demonstrated their outstanding flair for signing magnificent melodic mastery.

For their 11th release, itâs time for renowned Russian DJ/producer and Intricate main man Alexey Sonar to step into the spotlight with a new 2-track EP. Starting the show is âGuest Listâ, a luminously uplifting gem of melodic prog house with a deliciously deep bassline, luscious warm pads, stylishly sunkissed summer synths, and tantalising topline melodies that blend harmoniously to infuse you with an utterly irresistible, irrepressible inner joy.

âBlack Listâ on the other hand represents the dark side of the force. It starts off on the same innocently uplifting vibe as its castmate, but soon takes you on a rollercoaster ride down a much darker path, a subterranean subversion. With its enthralling electronic edge, this is very Tron and rumbunctiously reminiscent of Daft Punk at their best, but with the added twist of a pulsating progressive heart and an infectiously melodic, moving breakdown. The musical equivalent of the bad boy you just canât resist, âBlack Listâ is a dynamic, driving, dancefloor bomb of thrills and spills with a heart of gold and a penchant for pure sin.
Like Edit