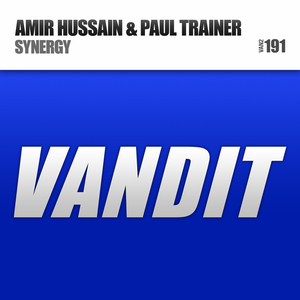 Description
First out of the VANDIT box for the autumn 2015 season comes from the debut studio partnering of Amir Hussain & Paul Trainer.

Paul, of course, is no stranger to the labelâs doors. Following last yearâs âReceptorâ, this release marks his fifth notch on the VANDIT score-sheet. Heâs brought Amir Hussain (whose previously seen outings on WAO138?! Black Hole Recordings, Monster Tunes, Amsterdam Trance and others) into the studio/label equation.

âSynergyâ in name, and very clearly in nature too, between them the pair have cooked up a thrilling, fist pumping âwhite knuckle specialâ; one best enjoyed in the company of friends, on the floor, bang on the stroke of 4AM!
Like Edit