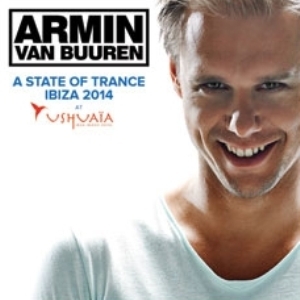 Armin van Buuren - A State Of Trance Ibiza 2014 at Ushuaia

Armin has previously held residencies in Ibiza for many years and was long a mainstay of Privilege, Amnesia, Space, and the other super clubs on the island. Now he has his sights set on the momentâs hottest beach hotel and club, the world-famous UshuaÃ¯a.

Since it began in 2001, Armin van Buurenâs âA State of Tranceâ Radio Show has shattered expectations and boundaries. Broadcast to over 25 million listeners each week, the show currently airs in over 70 countries, on satellite, national, and local radio.
Like Edit