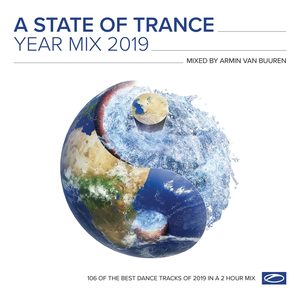 Description
2019, a year to never forget. Those words hold a certain truth for both Armin van Buuren and Trance fans from all over the world. With an eight-hour broadcast of A State Of Trance during Amsterdam Dance Event, sold-out events in Utrecht, Madrid, Kiev, Miami, Mexico, Bay Area and Tomorrowland to celebrate the 900th episode with tens of thousands of people at each location, and the release of two albums from Armin van Buuren himself (âBalanceâ and âMoons Of Jupiterâ under his GAIA alias), the year of 2019 managed to exceed all expectations. And itâs bound to become even better with the highly anticipated release of his âA State Of Trance Year Mix 2019â.

For the sixteenth time in a row, Armin van Buuren locked himself in the studio to select the right tracks for this seminal mix album. Based on the standings of the Tune Of The Year voting as well as some of Armin van Buurenâs personal favorites, the mix album features more than a hundred phenomenal tracks from Trance musicâs true tastemakers, including Ferry Corstenâs Gouryella track âSurgaâ, Andrew Bayerâs âMagiktekâ, Roman Messerâs âSerenityâ, Chris Schweizerâs âNear The Endâ, MaRLo & Feenixpawlâs âLighter Than Airâ, and so many more.

The A State Of Trance Year Mix reflects the evolution of the scene and all of the exciting moments it has brought to fans worldwide. And judging by the sheer magnitude of this mix albumâs tracklist, Trance music is bigger and better than ever before.
Buy Like Edit