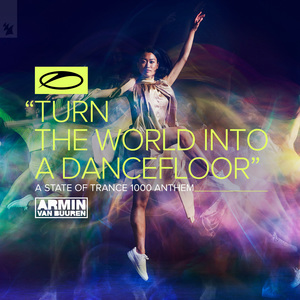 Description
The year is 2001. A young, ambitious and passionate man found his love for music to be so strong he just had to share it with the world. The airwaves called out to him as a means to an end, and the A State Of Trance radio show was born shortly thereafter. It's easy to say so in hindsight, but who could have predicted that this man's dream would inspire so many people across the globe?

Fast-forward twenty years and there's so much to look back on. From the annual mix albums and the huge events in all parts of the world to the scene-leading label spinoff and of course all weekly episodes of the radio show itself, A State Of Trance has been and still is a haven for music lovers from all over the world, transcending cultural differences through impeccable two-hour selections of only the best in Trance and Progressive. Making it to one-thousand episodes is no longer a distant thought as this monumental milestone is finally upon us. And what better way to spearhead the celebrations of this incredible journey than by launching the official anthem for ASOT 1000: 'Turn The World Into A Dancefloor'.

With a nod of acknowledgement to the previous ASOT anthems, Armin van Buuren's official hymn for ASOT 1000 echoes the all-encompassing message that has been at the heart of A State Of Trance from the off. From the mesmerizing piano tones in the heart-stirring breakdown to the gated synths and melodies that radiate nothing but pure and uplifting emotion, this record does exactly what Armin van Buuren has envisioned since that momentous day in 2001: to 'Turn The World Into A Dancefloor'.
Buy Like Edit