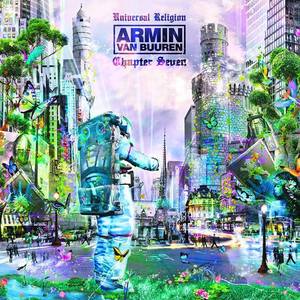 Recorded in one take, âUniversal Religion Chapter 7â invites you to be part of a special night. Through a 2 CD mix, Armin makes you feel the energy of the crowd, enraptured by the Eivissa sound, as well as taking you on a musical journey with exclusive, custom-made tunes and remixes by some of the worldâs most gifted producers. UR7 brings you the exclusive Armin van Buuren remix of Mark Knight vs Underworld as well as two brand new mash-ups. Also featured in this double mix, are tracks by Caesar, Orjan Nilsen, Omnia, Eximinds, Andrew Rayel, ECO, Photographer and many more. Including a breath-taking new artwork of Dutch artist Joseph Klibansky, Universal Religion Chapter 7 deserves a spot in everyoneâs music collection.
Buy Like
Members who like this Release
Edit