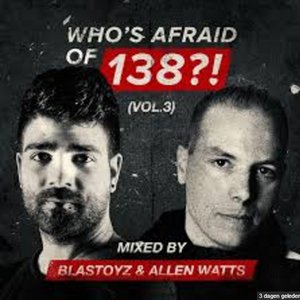 Blastoyz: âI love the fact that this crossover between Psytrance and Trance exists, especially since the two worlds are not far from each other. I feel it has a really good connection and thatâs why I loved picked the tracks for â and mixing â this album in tanden with Allen Watts.â

Allen Watts: âWAO138?! Has been a big part of my life. Iâve been a regular on the label for a long time now, and I love that the mix between uplifting, melodic and Tech/Psytrance has a home here. There is so much variety in Trance at the moment, and it was great to combine these styles. Getting asked to select and mix this album is a major milestone for me, so I just couldnât say no.â
Buy Like Edit