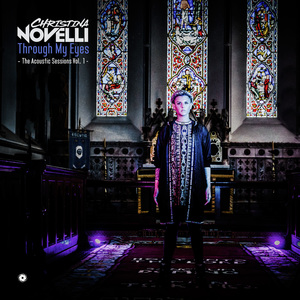 Christina Novelli - Through My Eyes: The Acoustic Sessions Vol. 1

Description
Think you know Christina Novelli? Well, you doâ¦ but not nearly as well as youâre about to! The penultimate month of 2019 sees the release of a longplayer that dispenses with the âfeaturingsâ, â&sâ and âwithsâ and places her work centrestage under a single-beam-spotlight. By-lined âThe Acoustic Sessionsâ, âThrough My Eyesâ tells you all you need to know about its focus. This is an album that illuminatingly dials Christinaâs songs - both recent and classic - right back to their origin points.

Be it the best known/received club-flamers from the last eighteen months, her own most recent solo singles or outright time-honoured classics, each has been stripped down to their bare acoustic bones. With them comes the opportunity to zero in not just on the intellect of their lyrics and the complexity of their (often competing) emotions, but on Christinaâs exceptional, compelling, peerless voice.

With the synths unplugged, the bass muted and the studio boxes powered down, Christina rolls over the piano and pulls up a stool. Whether by design or circumstance, the nature of âThrough My Eyesâ draws you up close to her methodology. Where the âfeelsâ or emotes of 21st century song-writing stop, Christinaâs process manifestly starts. Itâs one that places all-out emphasis on emotion, sincerity of soul, experiences shared and a wholeheartedness that never flinches from the truth.

Itâs also one thatâs not averse to laying bare the interpersonal challenges all humans experience (but only a few are able to lyrically hold a mirror to and vocally reflect). âThrough My Eyesâ isnât afraid of âthe realâ, or to even cross a line here and there. Further, shorn of their âclub-clothingâ, previously missed lyrical nuances jump into focus, new meanings are derived and different interpretations open up.

Whether itâs tracks whose titles are â ostensibly at least â heart-on-sleeve (âItâll End In Tearsâ, âIâm OKâ), or those implicitly draped in metaphor (âLighting Firesâ, âConcrete Angelâ), Christinaâs never less than captivating. Songs (not least ASOTâs 2018 Tune of the Year, âThe Air I Breatheâ) certainly tell stories, but ones that rarely play out in the conventional manner songwriting dictates. Demons are confronted â some defeated, others not, issues laid bare, friendshipsâ pressured, relationships broken (and rebuilt), and all in the intimately up-close manner that only acoustic can convey.

A powerball of emotion - start through finish, âThrough My Eyesâ is Christinaâs own vision of her music.
Buy Like Edit