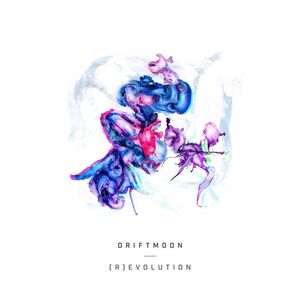 Description
âHenri Matisse, a French artist who lived in the 20th century once said a beautiful and painfully truthful quote - âCreativity takes courageâ. (R)Evolution came into being during a very difficult period of my life, when I had a feeling that as if the whole universe was conspiring against me. It didn't take long until depression and disgust of my own music set in and I was unable to produce or compose even a single melody. I felt overwhelmed with negative energy and I was contemplating whether music was the right thing to do with my life. Whether it was right to use all my available skills, my intelligence and determination, and use them to pursue a dream which back then seemed to be out of reach. Ultimately I managed to see small glimpses of light at the end of a very long and impossibly narrow tunnel. This may seem like a surprise to many people but the long process of actually creating something from scratch, whether it's a marble statue, crayon drawing or a musical piece could often turn out to be extremely difficult for many of us but it's always beautifully revealing because during this process you always find the most important thing - yourself.

This album is a manifest of a personality which was rumbling deep inside me for an incredibly long time. A personality which was begging to be released into the outside world. It's a manifest of pure emotion and creativity which I didn't know I even possessed. This project made me sustain and endure everything and I considered it a personal duty (and honour) to finish it and dedicate it to people who may be struggling with difficulties in their lives. I've had most of the tracklist for the album finished way before there was any single melody written. I've been subconsciously creating this album for years and it felt like I've been rediscovering it during different phases of its creation and it's been a true blessing that I was honoured to work with such an amazing team of musicians who managed to perfectly convey my (and their own) ideas for each track. Two heads really know more than one. And when musicians meet, results are usually more than staggering.

One of my goals was to make the soloists, instrumentalists and singers shine as much as possible. Apart from the whole orchestra, every album guest was provided with freedom to do whatever they felt was right, and what they thought works the best for the track. I absolutely love and adore the way they influenced, sculpted and shaped the sound of the album and thanks to them and them only every musical piece was able to reach a whole new level.â