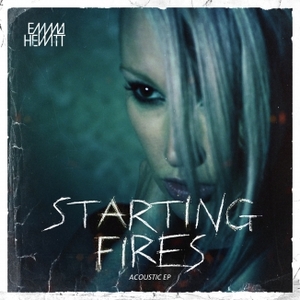 Description
Sheâs the spark that sets a production alight. The voice that guides you through. And the bright personality that shines on stage. Sheâs Emma Hewitt, one of EDMâs most talented and beloved singer/songwriters. Following the release of her successful debut album âBurn The Sky Downâ, she presents an exclusive pack of live acoustic takes and video sessions, including previously unreleased demos of songs youâve never heard before. This is the âStarting Firesâ E.P., by Emma Hewitt.

Itâs a unique gift to touch the hearts of thousands, and a talent that the Australian singer loves to share. Through her originals and productions, the charismatic lady has built a solid reputation, giving soul to the music by the likes of Dash Berlin, Cosmic Gate and Chris Lake. At the release party of her âBurn The Sky Downâ album, she did an astonishing live acoustic sessions, a flawless vocal performance that silenced the crowd. This E.P., âStarting Firesâ, features a collection of those acoustic versions.

With her talented brother Anthony delivering the backing vocals and guitar, Emma sings some of her biggest successes. From the magical first single of her debut album, âColoursâ, to her first break-through collaboration, âCarry Me Awayâ and the International Dance Music Award winning âWaitingâ. But the âStarting Firesâ E.P. also features the previously unreleased acoustic demos of âAdelineâ and âIt All Began With Youâ, as well as 2 live acoustic video sessions, each featuring 2 tracks. Emma Hewitt once again starts a fire, in the soul of its listeners.
Like Edit