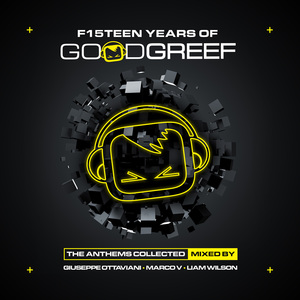 To get the righteous (& doubtlessly riotous) F15teenth revelry underway, theyâve enlisted the help of three DJs - each of whom symbolizes the GG musical code to a tee. Giuseppe Ottaviani, Marco V and Liam Wilson have compiled and mixed three speaker-reaping discs, capacity-full with Goodgreef anthems.

An express ride to the north side, ahead of the clubâs anniversary this October, âF15teen Years Of Goodgreefâ drops itâs own brand of science on September 28th.

Having started life in Manchester and swiftly infected the whole of the north of England, Goodgreef is now an internationally recognized after-dark institution. 15 years since those doors first opened, itâs now an electronic music bastion, quick to the lips of any fast-lane-loving club kid.