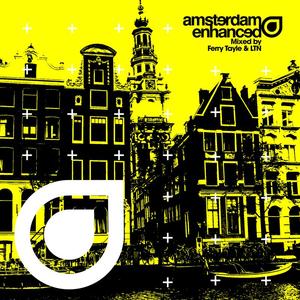 This time with Frenchman Ferry Tayle and Indonesian LTN at the controls for what is another memorable instalment in this series featuring the latest and greatest from the Enhanced labels.

Ferry Tayle is a firm favourite of the scene having forged a career upon his ability to write uplifting anthems and send stadium sized crowds into orbit with his DJ sets. In his mix he takes you on a journey through melodic bliss, opening with the hot new 2012 update of 'Gentle Touch' from Arty by Juventa, he moves onto massive new releases from Jaco, Mike Sonar and Stonevalley feat. Shannon Hurley. Continuing into blistering peak times from Sequentia, Store N Forward and Tritonal, he also drops his chart topping release with Daniel Kandi 'Flying Blue' and his brand new remix of Exostate's 'Easily I Fell,' exclusively revealed for the first time in this mix, alongside brand new tracks from Suncatcher and Will Holland.

LTN is without question the current leading trance export from Indonesia and his classy progressive trance style is the perfect accompaniment to that of Ferry Tayle. Opening with the groove infused styling's of the likes of Jan Martin, Juventa and Mike Danis, not to mention his own 'Forbidden Zone' supremely remixed by Alexander Popov, LTN immediately draws you in and then builds through tracks and remixes from the likes of Terry Da Libra, Anhken, Audien and Sequentia & Jaco, whilst adding his own stand out productions to make this a memorable compilation debut on Enhanced for LTN.â¨Released to coincide with the annual dance music meet at the Amsterdam Music Event, look no further for the most essential trance of Autumn 2012 from 'the label that delivers tune, after tune' (Mixmag).
Like Edit