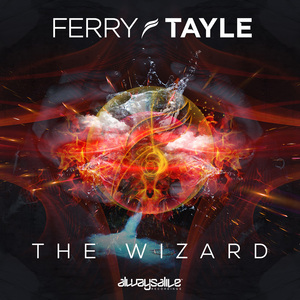 Description
Through his music and DJ performances, he has left an indelible mark on the worldâs most enlightened, uplifted and energetically minded club & festival floors. Having rocked the legendary Trance Energy in 2010 he was christened âthe French Wizardâ by ID&T bosses and itâs a label thatâs endured. Now Ferry Tayle returns to again do justice to the tag with the follow up to his âCarnet De Volâ debut.

With an astonishing auditory display of studio-sourced sorcery, the man who puts the Trance into France is back!! Through its choralizing pads, dramatic, symphonic drums and juxtaposing piano chime, fittingly titled sign-in track âLet The Magic Happenâ serves a precedent-setting overture to the album. Having already bagged a DJ Mag Single of the Month, âThe Way Back Homeâ features vocalist Poppyâs âstraight-from-the-heart verses & chorusâ, which at the breakâs apex âsees the lightning conclusively hit the treeâ (says the Mag). Picking up-tempo and tone at pace, âGeometrixâ sees Ferry team up with Finnish/Slovak pairing Driftmoon, delivering the first of its big slam-the-brakes euphoric moments!

On making âThe Wizardâ, Ferry says: âIt took me 4 years to accomplish my brand new album and I really tried to make it a full story, from âLet The Magic Happenâ through to âThe Wizardâ. As some of you may spot, a lot of the album tracks titles are actually the names of real magic tricks! It gave me the chance to work with some amazing people like Stonevalley, Daniel Kandi, Karybde & Scylla, Suncatcher & my buddies from Driftmoon. Beside this, it gave me the chance to highlights some forthcoming talents like Ludovic H who is a brilliant musician (he played the piano on âThe Most Important Thingsâ), Sarah Shields and Poppy. It was a real adventure & achievement for me - I hope you will enjoy this journey throughout The Wizardâs 16 tracks.â

âThe Wizardâ is every bit as much at home on vocal territory as it is instrumental. Sarah Shields brings it one of its most daytime radio friendly moments with âThe Most Important Thingâ, while Ferry catches Hannah Ray in introspective mood on the doucement elegance of âMemory Of Meâ. Erica Curran adds a wistful hazy vocal-vogue to the of-late smash single âRescue Meâ, before muse Poppy returns for her second appearance on the album. âThe One I'll Never Beâ has Ferry dropping out the beats & bass, and working around a core of contemplative piano lines and Poppyâs sweetly elegiac lyrical pathos.

As Ferryâs second long-player moves into its concluding third, the Frenchman rallies some of his fellow countrymen composers to âThe Wizardâs cause. Respectively, on âGlittering Of Hopeâ and âBattle Of The Barrelsâ, Ferry teams with SÃ©bastien âKarybdeâ Henri & Laurent âScyllaâ Roux and Oliver âStonevalleyâ Picart,

betting against gravity with two huge rocketeer-ing instrumental numbers. Every bit as uplifting are âFlying Blueâ and âOrigamiâ, which have him sharing studio time & space with fellow Enhanced Recordings cohorts Daniel Kandi and Suncatcher.

âThe Wizardâ wouldnât be âThe Wizardâ without its eponymous title track. Using it as the albumâs fanfare conclusion, the track is a masterclass in beat-free, air-drawn orchestral strings, super-atmospheric ambient FX and pianoforte magic. The calm after the storm, it gives âThe Wizardâ the most memorable of dÃ©nouements.
Like Edit