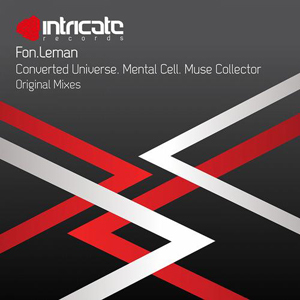 Â«Muse CollectorÂ» was already a highlight of Intricate Records summer sampler, having received a tremendous amount of positive feedback and comments a la Â«very epic progressiveÂ» and Â«professionally produced track with proper mixdown and mastering Â». Another proof of Alexeyâs remarkable skills is the multiple appearance of this track on Above & Beyond radio show playlist. Besides that, although Â«Muse CollectorÂ» is already a hit that made it big, it is accompanied by two other productions of the same quality, atmosphere and overall technical construction. Pleasant melodies and tender vocal inserts along with the thoughtful deepness of sound and rocking groove are characteristic for every track on this EP, have turned into Fon.Leman's trademark quite a long time ago. Some fans already named his style Â«accelerating progressiveÂ», although it is described â simple but tasty â Â«Ibiza-styleÂ».

A talented producer from the city of Yekaterinburg, Alexey Mazhaev, the man himself behind the alias Â«Fon.LemanÂ», got over a thorny path from broken beat rhythms to uncompromising, hard techno grooves. During his musical career, Alexey devoted himself to a wide variety of experiments with sound, starting from street hip-hop and ending with the audio atmosphere of railway stations and noise background of construction plants. The latest, but definitely not least station where he stopped is the world of magical trance melodies and mystic depth of progressive house. Today, his tracks see the light of day on labels like Bomba Records and Silk Music, are often featured in podcasts by the big names of contemporary dance music industry like Jaytech, Dinka and Gareth Emery, and in top level radio shows including Trance Around The World, where the works of the Ural producer are supported by Above & Beyond themselves. Now is the time for Alexey to sign his debut release to Intricate Records.

The EP including three tracks, Â«Converted UniverseÂ», Â«Mental CellÂ» and Â«Muse CollectorÂ» will be released on Intricate Records in September 2012. It will be available for public on Beatport.
Like Edit