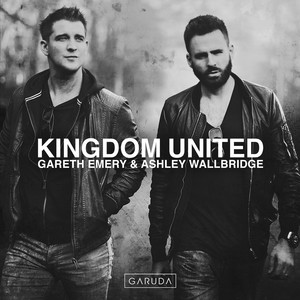 Description
Ever since the release of title track âKingdom Unitedâ earlier this year, dance music enthusiasts from all over the world have been eagerly anticipating the arrival of more material from Gareth Emery and Ashley Wallbridgeâs first-ever collaborative album. Whetting their fansâ appetite for more mouth-watering, Trance-flavored goodness to come from the album on its release date of May 10, the pair unleashed their next single, âAmber Sunâ, to kick-start the albumâs pre-order and tracklist reveal today.

Easily one of the most anthemic cuts from their âKingdom Unitedâ album, âAmber Sunâ exudes warmth and solar-powered club madness like no other. Adorned with impactful beats, soaring sound waves and a no-holds-barred attitude, this summer-scented record paints the electronic music canvas in signature Emery and Wallbridge style, all the while tying in to the warm and heartfelt atmosphere that takes center stage throughout the âKingdom Unitedâ album.

As can be expected from tracks on an album that focusses so diligently on the cultural heritage of the U.K. in times of political divide, the inspiration for âAmber Sunâ also came from a rather typical British custom. The trackâs name is actually drawn from a certain brand of tea, which is mostly Gareth Emeryâs drink of choice, like any decent British fellow. A similar reference to tea-drinking is also spotlighted in the music video of title track âKingdom Unitedâ.

Gareth Emery and Ashley Wallbridge are currently showcasing âAmber Sunâ plus other album tracks in their live performances, including most recently at Emeryâs hugely popular Laserface shows (Miami, Seattle) and Wallbridgeâs slamming Garuda events (London, Manchester, Milan). They will be making an exclusive, livestream premiere of âKingdom Unitedâ at Armada Musicâs own office nightclub on April 16. The pair added âItâs an album that works equally well played live or at home with friends and a cup of tea. Wherever people choose to listen, weâre sure theyâre going to love it!â
Buy Like Edit