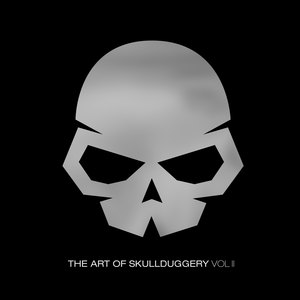 Last yearâs âThe Art Of Skullduggeryâ saw the label plot its first mix-comp course, painting their vision over âVol.1âs dual-disc canvas. At its heart was Chief Skull Greg Downeyâs desire to share both his inimitable combustible trance sound and that of other talents who - on the scale â have been underexposed. Stoneface & Terminal showcased in last springâs inaugural, but for 2020âs itâs Beatman & Ludmilla who grab some second disc spotlight.

A backbone of the countryâs electronic music scene for well over a decade the Hungarian duo has evolved through its breaks and prog periods, regularly playing 25 in-country shows a year. It is though through psy-trance that theyâve found their higher calling, which subsequently brought them to Gregâs attention. Back in 2018 he persuaded the enigmatic duo to break with their Ayra Recordings release tradition and license âDuneâ to Skullduggery. Its exposure quickly widened interest & audience for the pair, which in turn opened the release floodgates and ultimately leads us to today and the release of the trioâs pretty darn killer collaboration âThe Art Of Skullduggery Vol. IIâ!

On his mix, Greg weighs in with a mass of gear for your ear to cheer, immediately pushing the needle to lightspeed with his own âInfinityâ. That precedes a wealth of new and upcoming Downey studio-ware: âLondon Callingâ, âRendezvousâ, âElephantâ and his recent reworking of Michael Kaeliosâs âWho I Amâ amongst them. Greg draws on plenty of desk-hot music from other quarters too, with the latest from likeminds including Will Atkinson, John Askew, Chris Schweizer, Ronski Speed and Everlight getting the âVol. IIâ call up.