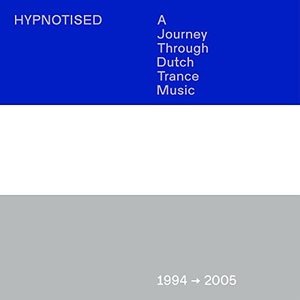 CD 1 - Cyber Records / Black Hole Recordings / Tsunami 1 World Tour - You Wanna Be Loved 2 Technologyâ ¢ - Electronicly Entertained 3 Armin van Buuren - Blue Fear 4 Kamaya Painters - Northern Spirit 5 Stray Dog - Mirror 6 Photon Project - Enlightenment 7 Eon - Talk To Me (Original Extended) 8 Kid Vicious - Re-Form (Original Extended) 9 System F - Out Of The Blue (Original Extended)
CD 3 - Armind / In Trance We Trust / Fundamental 1 Mark Otten - Tranquility 2 Perpetuous Dreamer - Dub.Wav 3 Alibi - Eternity 4 Midway - Monkey Forest 5 Fictivision vs. C-Quence - Symbols 6 Tangled Universe - I Miss You 7 Solid Globe - Sahara 8 Progression - In Deep Sounds 9 Re:Locate - Waterfall
Description
Trance is a musical style capable of inspiring passions like few others, and one that - over its considerable lifetime - has been much-documented. Arguably though, never as comprehensively as within the pages of Hypnotised â A Journey Through Trance, which is released this month. Authored by Dutch writer Arjan Rietveld, and based on three years of exhaustive research and interviews that sit alongside his personal reflections on the subject, the book is the most definitive account yet of the musicâs history.

Subtitled 1990 To 2005, Rietveld covers its proto to seminal periods, through to its ascendance and glory years reign. For Hypnotised, he spoke to some of its foremost operators, with the likes of Solarstone, Laurent Veronnez, Banco de Gaia, Sander Kleinenberg, Cosmic Baby, Delirium, Jam El Mar, Marco V, Nu NRG and Push all contributing empirical context and ringside insight. In doing so, they relate the production backstories of some of tranceâs most renowned musical moments, lending observations that will fascinate fans, both casual and dedicated.

The book also examines whatâs lent the style its enduring appeal and takes a forensic look at the labyrinthine architecture of its sub-genres, objectively weighing their pros and cons. Collectively, Hypnotised reconstructs tranceâs earliest years, building the clearest-yet picture of how it all began. Stripping back the glitz and glamour of the superclub era, it uncovers the organic bare bones and cottage industry-nature of its beginnings. Who stayed in and who departed (and why), who got paid and who didnât, the lows, the highs, the rock, roll & indisputable soul of the genre are all to be found between its pages.