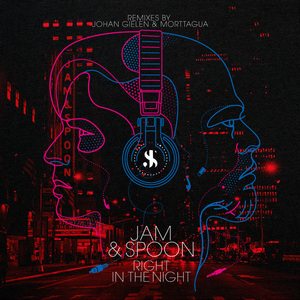 Description
Other tracks may have announced their arrival, but âRight In The Nightâ was the one that poured the concrete that internationally cemented Jam & Spoonâs rep. The intoxicating, atypical combination of bass pulse, flamenco strings and Plavkaâs smouldering song turned it into a pan-European chart hit.

This month Black Hole Recordings takes J&Sâs once-breakout/now best-known-for, and rolls it a remix double-six. Theyâve enlisted the redoubtable skills of Johan Gielen and Morttagua, whoâve sent it along some markedly different strasses & autobahns, recasting âRightâ for their own night.

From there the release pirouettes from deeper perspectives to those of Johan Gielen, who sends âRightâ that much later into the night. Mounting his mix atop scudding drums, moving chords and percussion-spurred rhythms, he homages the originalâs guitar inflections and maraca snaps, before letting his stirring mainline notes rain from the sky.
Buy Like Edit