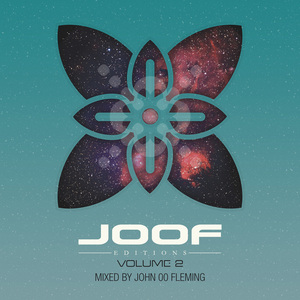 Description
In April last year the first âJ00F Editionsâ caused less a ripple, more a seismic swell to pass across the electronic music pond. It rubbished the standard mix-comp rubric and ported a DJâs genuine in-club experience like few before it. Underscoring, no end the popularity of its mixer-in-chief, âJOOF Editions Vol. 1â debuted at #2 on Beatportâs all-genres chart (landing between Aviciiâs âTrueâ & Skrillexâs âRecessâ) - a landmark achievement for a trenchantly underground release. It was also the vanguard for the JOOF Editions World Tour, which sold out an incredible, unbroken string of shows in 32 cities.

Released this summer, it coincides with the second coming of the âJOOF Editionsâ tour, whose launch weekend takes place at Fly, Toronto and LAâs Avalon on the 24th & 25th of July. Throughout the tour his open-to-close sets will be supported by many a DJ luminary (phase 1 having already seen techno icon Dave Clarke, Faithlessâ Sister Bliss, Goa king Ace Ventura and tech/prog-house chieftain Dave Seaman take to the decks).

The âEditionsâ battle lines have been drawn for a second time! On June 22nd the underground calls again.

The mix-compâs mission is as simple as it is unflinching: to ring fence and fortify electronic musicâs underground through sounds that stylistically shun commercialismâ¦ with prejudice!

âJOOF Editions Vol.2â arrives, as its maker intended - a 4hr-long unbroken mix journey. Throughout its runtime, youâll find a mass of deep-space-prog and neo-trance from the likes of Guy J, Matt Lange, Miika Kuisma, Phoebus and many more besides. Naturally, youâll also find a profusion of 00 Fleming material too. Included among them are (per DJ Mag) the âdeliriously kaleidoscopicâ âsonorous, long-dark-tunnel appealâ of recent â8/10â scoring single âTik Tokâ and the just-released follow-up âThe Imperial Echo Of Devastationâ. Book-ending the mix meanwhile are âEditions 2â exclusives âAmanitasâ (with Digital Blonde) and its ambient dÃ©nouement â5000 Light Years From Earthâ.

On the release of âVol.2â, 00 Fleming says: ââIâm known for playing my longer sets where fans get to hear the true JOOF experience. Over 6 to 8 hours I can unfold a wonderful musical story that has no genre rules, where I can feely express my collection of hidden gems to a likewise audience allowing them to experience new music yet delivered in a new exciting way with many twists and turns. With my JOOF editions mix compilations I try to bring a snapshot of the club experience into to your living room, your car or while running along a beach over an unbroken 4-Hour period. Last years debut album proved a huge success and something I intend to bring back again here with Volume 2â.

A gripping journey into the sonic mind of one of electronic musicâs most underground committed and dedicated DJs, 00 Heaven awaits this June 22nd!
Like Edit