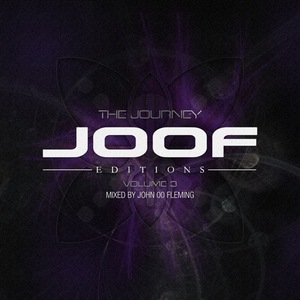 Description
Thereâs no one who lives, breaths & personifies the electronic music underground like John 00 Fleming.

In 2014 he mixed and released the second of his epic 4hr-long JOOF Editions music compilations. Described by MIXMAG as âa musical journey with no genre rules, but many twists and turnsâ, the magazine hailed it as âthe sound of the undergroundâ. Over the following twelve months, the release established itself as the ne plus ultra in breaking the fourth wall and liberating the dusk-till-dawn set from the confines of the club.

A sizeable undertaking in terms of track sourcing, music selection, arrangement and mixing, it has taken John nearly three years to fully realise the third in the series.

To build JOOF Editions Volume 3â, he has marshalled a impressive production contingent to power its gripping, enthralling, near 300 minute runtime. From Moby to Matt Holliday, Airwave to Ticon, Max Graham to Manu Riga, it incorporates the work of legend and nu-guard alike.

Fittingly, the album also comes with much music from inside the JOOF label group (Mantra / AURA / Recordings). In and amongst its 50+ tracks, youâll find the studio wares of Rick Pier OâNeil, The Digital Blonde, Ovnimoon, Gordey Tsukanov, Satinka and other producers too numerous to mention. Youâll also find plenty from imaginative, deeper-frequency operators like Jerome Isma Ae, Gai Barone, Tim Penner, as well as hurricane force trancerteers like Sean Tyas, Will Atkinson, Christopher Lawrence and Relativ.

A musical jigsaw, a sonic mosaic, a canât-miss experience, âThe Journeyâ passages darker corridors, emerges into light-filled roomsâ¦ and then heads straight back down the rabbit hole again.