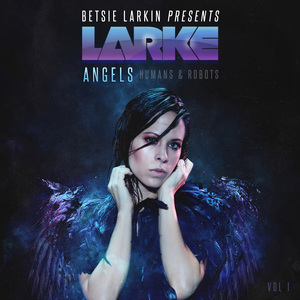 Description
Known for her emotionally charged writing and vocals across the electronic musicâs grand span, throughout her career, Betsie Larkin has developed a stunning collection of original songs. As a touring artist, she has circled the globe numerous times and worked with a veritable Whoâs Who of illustrious names. Among them have been the likes of Ferry Corsten, Armin van Buuren, Solarstone, Super8 & Tab, Bobina, John OâCallaghan, Giuseppe Ottaviani, Lange and others. â¨

In 2011, Betsie brought together many of those producers to create âAll We Have Is Nowâ, her solo debut album. Released through Black Hole Recordings, it struck a significant chord with electronic music audiences worldwide. Enduring sales success, running twenty-two months straight and a string of top 10 charting singles became âAll We Haveâs legacy.

This month, under her âPresents Larkeâ marque, Betsie brings all that accumulated knowledge and experience to the development of her new long-playing project. Through the first volume of âAngels, Humans & Robotsâ, she delivers an album that frames both her production work and that of others in the form of a personally curated mix-compilation.
Like Edit