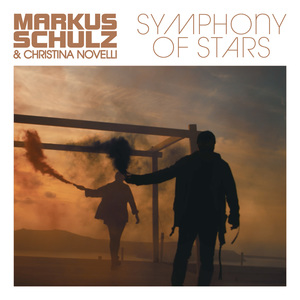 Description
Release-wise, Markus Schulz gets 2019 underway with the singling out of one of the tracks from last yearâs âWe Are The Lightâ. A clear-cut favourite amongst fans within a week of the albumâs release, it saw a long discussed first-time partnering come to the fore.

An artistic union between Christina Novelli and Markus had been on the table for several years, with the pair weighing a number of song options over the duration. When âSymphony Of Starsâ materialized though, they both knew song & time were right! Now fully equipped with an eye-kissing, Jan-blues-dismissing official vid and clubbier excursions from UK duo Solis & Sean Truby and Markus himself, these âStarsâ are ready to shine again!

To its song, Christina brings the same characteristic emotional core that touched the likes of âConcrete Angelâ and - most recently - A State Of Tranceâs Tune of 2018 âThe Air I Breatheâ. Often uplifting, occasionally lamenting but never less than carry-you-away catchy, itâs an intricate collage of pathos and elevation.

Markusâs newly realised Festival Mix takes a classic radio track and brilliantly finds its inner âclubâ. Having placed the spotlight on Christinaâs song in its drop, he then brings up those strings, before finally setting its synths to afterburn post-break. With a further tempo uptick, Solis & Sean Truby give âSymphony Of Starsâ a primetime rescale best measured by the megawatt. With a pianoforte soaked drop that steals breath, they contrast moments of beauty with floor-raking synths, supplying the perfect counterpart to the Festival Mix.

Shot on location on the Aegean isle of Santorini, âSymphonyâs official video went online last week. If your part of the world is feeling the chillier bite of winter, your tonic lies but a click away!
Buy Like Edit