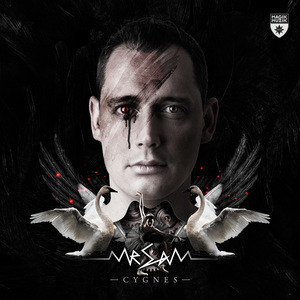 Description
Black Hole Recordings takes a timely dive back into the estimable catalogue of French original Mr. Sam, surfacing with a clutch of formidable reworks of his latter-day classic âCygnesâ. On initial release, âCygnesâ left a sizable footprint on clubfloors, becoming was one of 2008âs most cheered trancers. Heavily set-listed by everyone from Armin (who compiled it onto the yearâs ASOT compilation) down, itâs a number thatâs scarcely aged a stylistic day in the interim.

Through late Jan to mid-Feb, the label will feed four new âCygnesâ remixes into tranceâs system, commencing this very day with remaps from First State and Ferry Tayle.

If Mr. Samâs known for any studio trait, itâs fashioning the most evocative moments out of the most atypical vocals. Ferry instinctively locks onto âCygnesâs calling, siren-like song, placing it front & centre in the mix. Surrounding it with his fabled intuitively uplifting note arrangements, soaring pads and elegant piano drops, he crowns it with a foot-movingly irresistible finale.

For his take, First State drops back into a trancey state of mind - albeit one thatâs cooler and proggier in tempo & tone. Mounting some deeper, darker flourishes and effects onto it, he works in bulging bass and judicious doses of sonic distortion - all of which build to its atmospherically thrilling climax.
Buy Like Edit