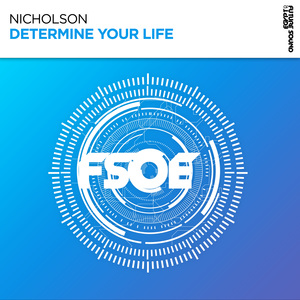 Description
Carl Nicholson makes his 2021 debut with his fiery new hard trance tune, âDetermine Your Lifeâ. The track displays Nicholsonâs iconic sound and is an incredible release following his recent hits âOutta Hereâ and highly regarded album, Reverent. The captivating track is not one to miss, available now on all streaming platforms via Aly and Filaâs imprint Future Sound of Egypt.

âDetermine Your Lifeâ is a complex, adrenaline filled, heart pounding addition to the trance starâs discography. Wasting no time, the track opens with an explosive pulsating bass followed by futuristic synth stabs. Nicholson continues to build tension with euphoric driving synths that escalate into a breathtaking soundscape, leaving the listener anxious for more. Nicholson effortlessly laces subtle alluring and resonating vocals into the track about the answers that âDetermine Your Lifeâ, adding another level of depth to the track. The high intensity, stadium filling offering is an exhilarating roller coaster that yearns for the dancefloor.

With over 25 years worth of experience DJing and producing music, the trance legend has developed quite the loyal following, regularly placing in the Beatport charts. His stellar studio album, 'Reverent', was released at the tail end of 2020 and quickly reached the top of the charts on both Beatport and iTunes UK Dance. An impressive feat for any producer, Nicholsonâs latest studio album further solidified his undeniable production prowess and ability to craft mesmerizing trance productions. Over the course of his venerated career, the London based producer has garnered the support of trance titans Armin van Buuren, Ferry Corsten, Paul Oakenfold, Paul Van Dyk, Aly & Fila, to name a few. In addition to his accomplished career, Nicholson has also been focused on the opening of his production studio, EQ Studios in Berkshire, England.

Nicholson is making his presence known with his powerful first release of 2021, âDetermine Your Lifeâ. As he continues to take the trance realm by storm, Nicholson latest offering provides an exciting glimpse into the upcoming year.
Buy Like Edit