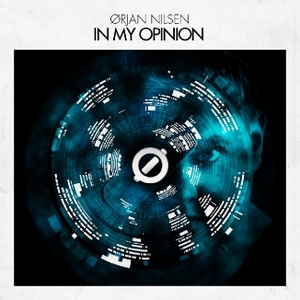 Orjan Nilsen â In My Opinion

Description
To infinity and back. The endless options of EDM have ever been the object of Ãrjan Nilsenâs affection. Thrilled by diversity, he has spend months of time in the studio, trying to find the perfect blend of house, trance, progressive and everything else that tingles his open mind. The result, an amalgam of years of creativity, is Ãrjanâs promising debut album, âIn My Opinionâ.

Indulged with music from an early age, he mastered the drums and keyboard at only 9 years old. At the age of 16, as he experienced his first crush on trance music and completely fell in love with rhythmic patterns and melodies, he got his first synthesizer. The Norwegian music lover, reigning from the cold, upper part of the country, soon learned about the magic of working on a pc and started experimenting with that extraordinary grey box. After some unofficial remixes and solo tracks, it was the release of âRed Woodsâ in 2005 that turned out to be Ãrjanâs breakthrough. Ever since, no dancefloor is safe to the sounds of the characteristic Norwegian. Summer-hit âLa Guitarraâ, hammered by the trance elite for months in a row, the rough âMoving Mojaveâ and sensitive âLovers Laneâ, keeping up with the ever-throbbing heart of the club society, contagious âSo Long Radioâ, âMjuzikâ and the strong and outstanding âGo Fast!â. All original and different, yet distinctively riding the Nilsen sound.

After months of hard work in the studio, Ãrjan Nilsen proudly presents âIn My Opinionâ. Days of experimenting, blending and shaping now come together in an album that is, sounds and represents Ãrjan. Ãrjan:âI canât describe it other than being me. The sound youâre hearing is me, and how I feel and think. It seems like I have so many things that need to get to the surface, and Iâm showing that through my music.â

15 jewels of tracks tell the colorful story of musical talent, touching you on the inside with a palette of melody, beats, synths and a whole lot of feeling to glue it together. Whether youâre in the mood to party or simply feel like absorbing the album with the volume up at home, âIn My Opinionâ will fit all sceneries. Free of parochialism and one-style-fits-all, but crossing boundaries and hitting the right spot at the right time, is what âIn My Opinionâ is all about. Ãrjan:âI just didnât follow any kind of recipe. Iâve merged so many styles together, made so many new things and I hope it reflects both the past and future, as well as the present.
Like
Members who like this Release
Edit