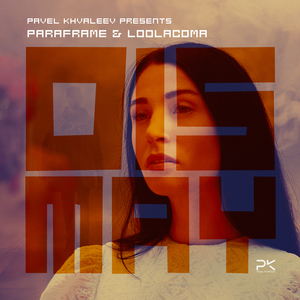 Description
Right on the cusp of â20 turning â21, artistic all-rounder and regular over-achiever Pavel Khvaleev introduced us to his new world of electronic music ideas. Under the PARAFRAME name, the alias has become his vessel-of-choice to bring us more eclectic and subversively tailored audio. With the emphasis off the clubfloor and on everything else, itâs freed him to venture to the musical outer limits.

Januaryâs dawning brought us his team-up with Abra Taylor, who summoned a storm on âSappho Blendâ. As we march into March, Pavelâs ready to put PARAFRAME back in the game for the projectâs second cypher. It finds him in partnership with a singer who, under a number of her own aliases, can now be in everyway considered his muse.

To date, Loolacoma (aka Aleksandra Khvaleev) has lent her ethereal, unforgettable - and possible now even unmistakable - tones to a dozen or more of Pavelâs works. With vocal resonances touching on everything from Portishead to Nina Simone and a production that at times echoes DJ Shadow, Goldfrapp and others, âDismayâ weaves its spectacularly lament-laced spell. Cultural, political or personal - the exact meaning to Loolacomaâs lyrics are left deliberately implicit, leaving âDismayâs exact meaning open to the individualâs interpretation.

While we said ânot initially floor-centricâ, Pavel Khvaleev remix does see the noir Grandmaster place it on a clubfloor footing. Looped vocal cuts, ominously warped pitch bends, uncompromising bass and jacking rhythms all conspire to set light to the darkest corners of the club.
Buy Like Edit