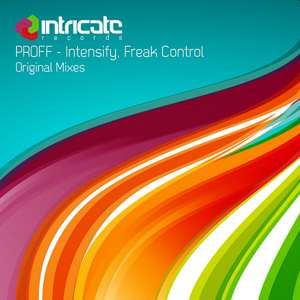 Description
The beacon of Russian progressive, Vladimir Yershov aka PROFF, is ready to present his debut single consisting of two original works, Â«Freak ControlÂ» and Â«IntensifyÂ», on Intricate Records; the exact release date is set to the 28th of January, 2013.

The first ever Russian producer signed to Anjunadeep and regular label contributor, nowadays â one of Intricate Records founders, Vladimir remained silent a whole year long and tested to the limit not only his listeners, but also all fans of the Russian label. Against the background of non-stop rumors regarding the upcoming debut artist album and absence of new PROFF tracks during the entire 2012, this announcement about the forthcoming release of two newest originals was like a thunderbolt out of the blue. Despite the long pause, Vladimir is quite stable in his creative convictions and absolutely does not degrade the content and quality level of his tracks.

Â«Freak ControlÂ» and Â«IntensifyÂ» are still good old progressive: juicy, with a bright, expressed melody, tough bass lines, iridescent cosmic sounds and pads from the romantic period of the 80-s, which have always distinguished PROFFâs very own style from the fellow musicians. Beside that, the upcoming single will be both Vladimirâs debut on his own imprint and a jubilee release â number 20 in Intricate Records catalog; this one represents the successfully completed first year of existence and operation of Russiaâs one of the most remarkable and impressive record labels on the Russian electronic dance music scene.
Like Edit