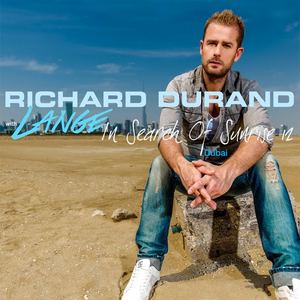 Reflecting new clubbing principalities has been historically key to 'Sunrise's genetic. Richard's fifth trip since taking the fiesta over from TiÃ«sto, the excursion East sees the man from Amsterdam join forces with UK trance maestro Lange. The album follows in the fine

traditions of the series by tapping the most creative, edge-cutting trance at its studio source. From there the pair have harmonically and seamlessly mixed 'Sunrise's Class of 2014 into three mixes that will again act as summer's trance barometer. And this year, with 'Dubai', that reads hotter than ever.

Of the latest in the mix-comp series, Richard says: "I think the only real surprise that comes with this year's 'In Search of Sunrise' destination is that it hasn't come Dubai's way sooner. Dance music has broken out in so many areas since I took over mixing the album, that's it's been a mission in itself to keep up!

Dubai is a place I've played many times now and somewhere I know I'll never get tired of coming back to. People go out of their way to find great music, great nights and great experiences here. It's that passion, dedication and selectivity that I'm trying to reflect by shining the 'Search' light on the emirate".

On joining mission: Dubai, Lange says: "I was very excited to receive the invite to be part of the legendary ISOS series! I've really enjoyed putting this mix together; it's turned out pretty dark and moody, spanning Progressive Trance through to peak time club bangers."

Over 80 minutes he brings together both the best of the underground with music from some of its scene-wide legends. I.S.O.S. forefather TiÃ«sto's 'Just Be' (in its newly reworked Kris O'Neil form), Andy Moor's 'Fade To Light', 'Out Of Coverage' by Bobina and his own remake of 'A Different Shade Of Crazy' are just some of the big-name highs. Newer production names shine just as bright, as music from Tangle, Johnny Yono, Danilo Ercole, Dimension and others define and refine Lange's 'Dubai' vision.
Buy Like Edit