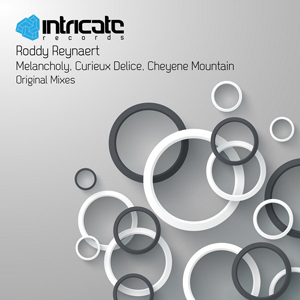 Originally hailing from a small town of Ronk located in semi-rural suburbs of the northern France, Roddy is one of the most remarkable heroes of the French-Belgian dance music scene. Reynaertâs discography already amounts to over ten A-class releases already supported by the modern progressive magnificos Jaytech and James Grant. He is also producing mainstream pop records under the alter-ego Telemode, running another side-project Â«IfonikaÂ» and planning to launch an own label of the same name. He is quite often (and not without a reason) called Â«French Eric PrydzÂ» for his fascinating ability to easily levitate between house and progressive resulting in impressive productions combining catchy driving grooves and sunny melodies.

The 3-tracker by Roddy Reynaert, which will see the light of day very soon on Intricate Records, confirms all these picturesque epithets addressed to this Frenchman as a matter of actual practice. The listeners will discover quite close-to-Pryda sound in every production of this EP: massive striking to the deep bass lines, vintage synthesizers and ethereal melodies of exceptional beauty, dedicated to the secret lady-love of Roddy.

The 3-track EP by Roddy Reynaert including Â«MelancholyÂ», Â«Cheyenne MountainÂ» and Â«Curieux DeliceÂ» will be released in November 2012 on Intricate Records. It will be available for public on Beatport.
Like Edit