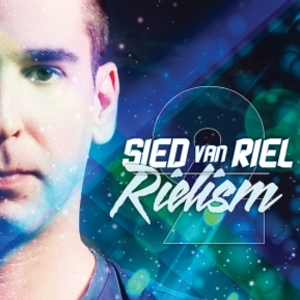 Seamlessly, harmonically and thrillingly mixed to perfection, it includes numerous box-fresh, never-heard-before tracks from some of planet Earthâs most talented electronic musicians. Incoming is music from the artisanal studios of Corsten, Tyas, OâCallaghan and Ottaviani, as well as hot-ticket audio from Aly & Fila, Bobina, Arctic Quest, Protoculture, Sneijder and a dozen + others besides. With many exclusives from âRielismâs own anchorman, âR.2â has already taxied for take off. So strap yourselves in, ensure your seat is in the upright position and secure any loose objects! Cos things are about to get as Riel as they can get.

âRielism 2â embarks on its sound quest in smooth accent, courtesy of the astounding new SvR creation âBreathe Outâ. A bona fide stylistic departure, its progressive transcendental-ism features the warm, indolent vocals of Danish songstress Signe G. It draws âRielism 2â up into an epic 160-minute-long sonic slipstream. Doubling as a near âmini artist albumâ, as it reaches cruising speed it unfurls much previously unheard/purpose built van Riel material. In and amongst its progressive thermals, trance glide-paths and tech/elec turbulence are his latest single â8 Decadesâ, the distinctive vocals tones of Chris Jones on their forthcoming âShare The Nightâ and Evil Sardineâs âCruisinâ (van Riel again, in intriguing, offbeat, anagram-ic form!).

On bringing the second edition of âRielismâ to fans, Sied said: âto the greater extent this release represents my return to the sound with which I first made my name. I always think that itâs better left to fans, journalists and significant others to stylistically label exactly what that is. What I do think youâll hear, and from the very earliest tracks in the mix, is a real succession from the overall sound of âRielism 1â.
Hope you enjoy the ride as much as I do!â